While I’m on the topic of electrolytes this week, I happened to find these little guys in my grocery store. Nuun, pronounced “noon”, has quickly become my new go-to electrolyte when I’m in a time-crunch and can’t myself an Electrolyte Refresher. These little tabs are a life and time-saver, not to mention, I’m pretty impressed after using them a few times.

We all know (hopefully, we do!) it’s important to drink electrolytes after an intense run or workout, because we sweat out all our body salts (the electrolytes that make our muscles expand and contract). But if you don’t properly re-hydrate afterwards, you’re in for a world of aches, pains, lethargy, and that dreaded foot cramp in the middle of the night. Step in Nuun electrolyte tabs. I’ve given them a go, and like I said, I was pretty impressed on a number of factors, which I’ll be addressing in the next few paragraphs. Like the savvy consumer I am, I’ve tried a lot of brands and this one is a keeper!

I spent the better part of my Friday exercise feeling like I was hitting a brick wall, and I’ll admit the gym almost defeated me; keyword: almost. So I amp’d things up a bit and found myself really, really pushing myself and sweating it out like a hot mess. After my 5 miles run and 45 minutes of solid lifting (oh yeah, like a champ!), I needed to re-hydrate or spend the rest of the day feeling like I was in a desert. So I popped an orange Nuun tab into my water bottle and let its fizzy-awesomeness work it’s magic. Then I downed that sucker like it was the last bottle of water on earth.

If you take a look at this chart, you’ll see Nuun is packed with electrolytes per half a tab. Even at its smallest serving, it’s still beating the other guys by miles; not to mention, it’s just the tab + electrolytes whereas the other guys are just water or sugar. I want electrolytes, not water (because water is water is water) nor sugar (aka filler.) Truth be told, it quenched my thirst and no cramps. Awesome. 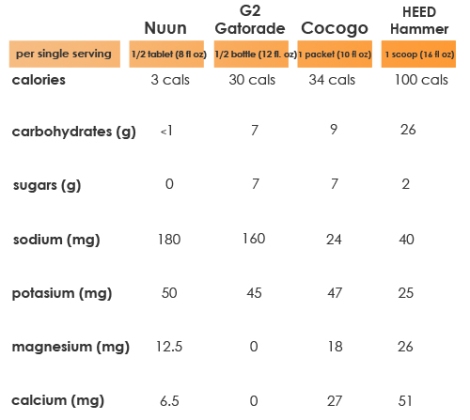 All said and done, Nuun is pretty  much rocking the nutrition category compared to everything else out there. It’s low-calorie, low-carb, and sugar-free. My only complaint, and it’s just a personal preference, is that I would like to see the sorbitol gone.

I’m not a fan of artificial sugar-alternatives. I honestly don’t like that fake sweet taste, but others may disagree with me. This being said, it still has a pleasant taste. It’s neither too sweet nor bitter. The first thing you’ll taste is the fruit (in my case, Orange). So it was pretty good, small aftertaste of the fake sugar, but then again, I was thirsty and I chugged it.

There’s 12 tabs per tube, and that’s technically 24-servings, or like most people, you’ll end up using a whole tab. For me the cost was $6.99/tube which evens out to just $0.58 per tab / per 16.9 fl oz worth of a serving. Now compare that to the cost of a bottle of Gatorade or Propel. Trust me, you’re definitely saving money here. The secret here is to buy in bulk, at least a 4-pack which will last you quite a while.

I tried both the Lime and the Orange flavors, but there is pretty much a flavor for everyone’s taste-buds: Cherry-Limeade, Lemonade, Watermelon, Lemon+Lime, Tri-Berry, Strawberry Lemonade, Grape, Orange, Fruit Punch, Kona Cola, Citrus Fruit, Lemon Tea, Tropical, Banana. And I can’t lie here, I’d really love to try some more of these once I’m finished here.

Overall, I’m pretty pleased with Nuun’s nutrition info and the performance. I’d like to try some other flavors, since they legit have a million to choose from. Here’s my score breakdown, and my final recommendation is to give these guys a shot! I’m not sure if they’re new on the market or not, but they’re new to me and they’re definitely a better choice than what’s currently out there.

You can learn more about Nuun here: 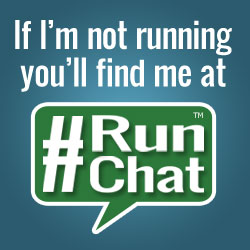